The Secret Behind The Beatles album "Please Please Me" 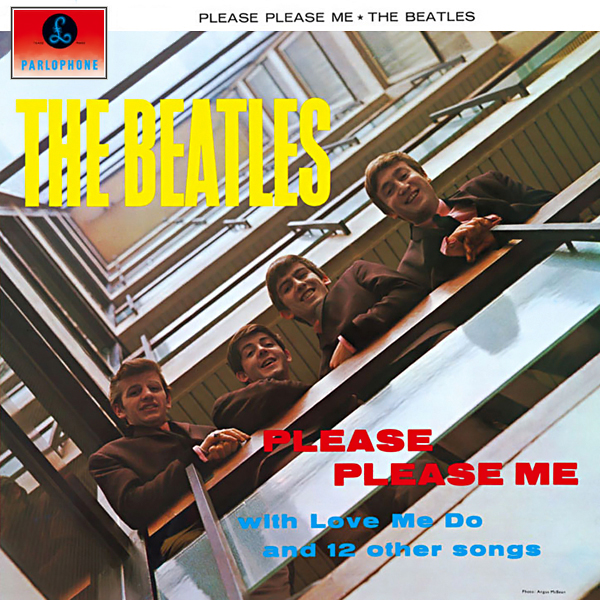 The song titles on The Beatles' debut album, Please Please Me, easily fit the rules of the Media Alphabet Code.  The code is as simple or complicated as you are able to comprehend.  Its most vital component is the "Rule of 3", the complete overuse of "3" letters, as initials, compared to all others.  That means that most words begin with the 3rd, 6th, 9th, 13th, 16th, 19th, 23rd and 26th letters.   They are also used as initials in conjunction with words which begin with catalyzing letters A (1), B (2), J (10), K (11) and T (20).  Let's see how this works:

"I Saw Her Standing There" also uses the "Rule of 3" in combination with H (8).  I.S.H.S.T. moves to 9-19-8-19-20.  The H (8) is surrounded on both sides by S (19), implying that it consists of and is dominated by S.  H, relating to the idea Happy, is surrounded by S, which represents the idea Sex.  Every letter symbolizes ideas relating to the most common, important words beginning with that letter.  The title I.S.H.S.T. is simply a phrase which follows the code.  Otherwise, it just wouldn't be S.W.K. (So Well Known).

"Do You Want To Know A Secret?"  is a good example because its adherence to the Alphabet Conspiracy is not relevant.  Instead, as is often the case, this title is a subversive reference to the code itself.  They're making fun of you, right in front of your face, and you don't even know it.

The rest of the album consists of single-word titles, a tactic employed by the propagators of the Code in order to trivialize it.  But look closer.  The titles are "Misery", "Anna", "Chains", and "Boys".  M, A, C and B.  Not a single song title beginning with N, nor G, R, L, Q, O, V, nor any other letter of the right-sided group, which opposes "3" letters.

Of course, every member of The Beatles is or was Illuminati.  But Illuminati members are famous not for the skill at which they are actually best.  That is to say, sure, everyone knows that Paul, John, George and Ringo were exemplary musicians, but that was not their actual specialization.  Most every skilled musician will tell you, music is just a hobby, not something that someone can spend their entire life doing.  The same is true of every pop star today.  These people are not famous just because they are amazing musicians.  They are famous because they have amazing minds.

Illuminati members are most commonly scientists, covering every branch, from medicine to environmental science, astrophysics and cosmology.  They are also the leaders of every other extant field.  If you've heard of them, then they are either Illuminati members or being used as their tool.  But the most important thing for you right now is not the inner doings of the Illuminati, but understanding the Alphabet Conspiracy, which uses letters and numbers in plain sight, in every media title you ever see, to brainwash you, as well as teach you, without your recognition, sacred numerology.  Be sure to also read my analysis of The Beatles Magical Mystery Tour.
Email ThisBlogThis!Share to TwitterShare to FacebookShare to Pinterest
Newer Post Older Post Home