There Is No Jewish Conspiracy 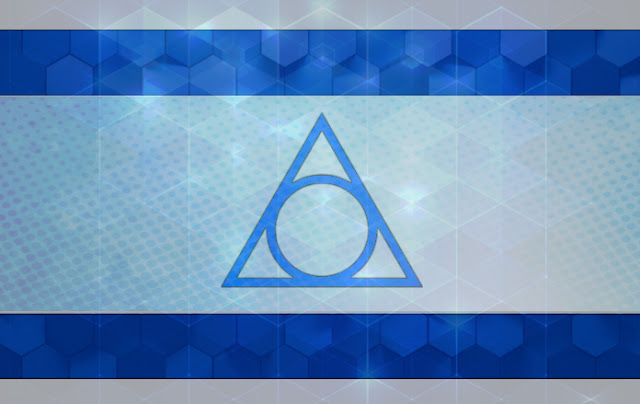 Incredibly, there are many people who state categorically that they do not believe in conspiracy theories, not any and not at all, regardless of what the theory is or whether or not it has already been proven true.  Conspiracy theory is a phrase which they automatically disregard upon hearing it.  Conversely, there are many enthusiasts who embrace every new and wild speculation they encounter, regardless of its basis in logic or reason.  Without their own independent thoughts, they believe anything is not only possible, but likely.  Somewhere in between stands the stoic, who believes nothing without proof and discounts nothing not shown to be false.  He listens without prejudice and considers without anticipating.  If there is not satisfactory, substantial evidence to be seen, no verdict is rendered either way.  He does not chose a side simply to avoid appearing indecisively weak.

For perhaps centuries or even millennia, accusations have been made of a Jewish conspiracy, a kind of secret collusion of many, most or maybe all the Jewish people, against the rest of the world, in order to further their own greedy or evil desires.  There is in fact a Jewish conspiracy.  In the same way, there is a Muslim conspiracy, a Christian conspiracy, a Buddhist conspiracy, a Sikh conspiracy, a Spanish conspiracy, a French conspiracy, and an American conspiracy.  Humans have always tended towards the population group with which they have commonalities.  All around the world, anywhere you go, you will find people of similar roots helping each other, usually with business, politics or family.  Many seek these connections out of necessity.  They require certain services, and finding them within their subpopulation group is easiest.  Others unfortunately maintain these connections because of an animosity towards other groups.  They wish to support their own, have a disdain for others, and wish to keep themselves as separate as possible.  The estrangement of the various ethnicities may appear sinister and sometimes is so, but more often results from kind people living the ways they know how.

The Jews have been called scapegoats, a people upon which all the blame in the world can be foisted.  Earth will always have problems which cause disheartenment, and for there to exist a group which is popularly blamed for all the world's suffering is convenient, for everyone besides them.  It's almost better for a single group to shoulder this burden the most, rather than the forces of hatred being spewed around in a more disorganized manner.  The Jewish people inexorably accepted this role, and while some were made stronger for having weathered and forgiven their abusive treatment, in others the hate they received was deflected and returned to the world.  Hate begets itself, however for the righteous it can serve also as a model of what to avoid.  To forgive it is also an opportunity which should never be lost.

When you know that you are guilty, creating a scapegoat is the perfect plan.  Find someone, a likely, easy source of blame, and you may find yourself free of suspicion.  The Jews have been blamed for everything possible.  Manifold wars, tyrannical governments, unjust judicial systems, and periods of economic destabilization have all been called the work of a group of malevolent, powerful Jews.  While there have been many Jewish people in positions of power throughout history, there is no proof that they have acted substantially different than any other ethnic group, who are concerned for the weal of their own.  The unfortunate truth is that the Jews have been placeholders for another group, who are not related by ethnicity or blood.  This secret organization of individuals, of disparate backgrounds, have been working in tandem to steer world progress, in the way which many believe the Jews have.  This group does not exist officially in any extant records, and has no name.  Amongst the people, they are referred to colloquially as the Illuminati.  This group is the rightful source of the world's disquietude, the faction which has been working in the dark to sabotage entire governments and undermine the position of the proletariat.

The Illuminati, not the Jews, have been conniving amongst themselves for centuries, contemplating the best ways to further their control over the masses.  Everything they do attempts to separate their group from the people, elevate their power, and mitigate the people's.  Among the most important ways which they achieve this is a hitherto hidden language of letters and numbers, termed here Dreamtime Code.  This secret is shared with all Illuminati members, and the higher ranks of public fraternal organizations such as the Freemasons.  The so-called liberal Jewish media conspiracy is not a collusion of a single political party or religious group.  The grand media scheme is supported by thousands of members of all possible backgrounds, beliefs and motives.

Dreamtime Code is applied throughout the entirety of the entertainment industry, including films, television, music, videogames, magazines, sports, slogans and so forth.  Every widely released piece of media, which makes its way to the general public, is titled according to the tenets of The Code.  The Code exists to enforce upon the people a way of thinking, in accordance with the ideologies of the numbers 3, 6, and 9.  The most important tenet of the code is therefore called the "Rule of 3", defined as the vast overuse of letters as initials which contain a multiple of 3 according to their place in the English alphabet: C (3), F (6), I (9), M (13), P (16), S (19), W (23), and Z (26).  This “3” group of letters is further strengthened through use with the catalyst group, the letters which contain 1 or 2 according to their place in the alphabet: A (1), B (2), J (10), K (11) and T (20).  Although it may seem mathematically advance, it is based on a simple pattern.  A majority of actor Adam Sandler's films follow the code's principal parameter, the "Rule of 3", easily.  Sandler himself is Jewish, however that his films follow the code does not indicate his participation in any Jewish conspiracy, but the titanic conspiracy of the Illuminati, a group which follows the doctrines of its own secret religion and rites.  By learning about The Code, you are closing the artificially created knowledge gap between that group and ours.

The Cobbler (2014)
The code is a game of threes.  Combining the 3rd letter C with the 20th T strengthens it.

Several of Sandler's films notably contain numbers, a tactic which marginalizes the code's existence: Eight Crazy Nights, 50 First Dates, and The Ridiculous 6.  Similarly titled films, such as THX 1138, 127 Hours, The Taking of Pelham 123, 21 Jump Street, 12 Monkeys, Se7en, 8 Mile, and District 9 are meant to confuse the masses and complicate the puzzle.  Obviously, the code cannot use the "Rule of 3" exclusively, or it would become too apparent.  Sandler's Happy Gilmore, for example, is like Hunger Games, Guitar Hero, or General Hospital, a statement about the relationship between the ideologies of G (7) and H (8).  His Grown Ups moves to G.U. (7-21), which notably simplifies to the ratio 1 of 3.  Media pieces are meant to reflect themselves in their initials.  Every film title is chosen to succinctly reflect its themes in initials.

Because Sandler's films are mostly top earners, comedic and unsubstantial, they mostly follow the "Rule of 3" simply.  The "3" letters represent the physical life, while the remaining letters represent the incorporeal.  The right-sided group, including E (5), G (7), L (12), N (14), O (15), Q (17), V (22) and Y (25) are not applied strength in the code because the ideas which they represent are meant to be eschewed in our contemporary culture.  Mainstream films usually have barely a touch of poetry or artistry to them, so they usually utilize "3" letters in the initials of their titles.  Smaller art films, which may seem independently released, are nonetheless not, and use the right-sided letter group more.

Although you might not be able to tell based on his less than Shakespearian career as a comedy actor, Adam Sandler is a powerful figure in the Illuminati.  Luminaries have the choice between smaller, more respectable careers of distinction, or mainstream popular paths of lower quality output.  Sandler, in contrast to someone like Daniel Day-Lewis, has chosen the latter type.  In either case, complacence in the conspiracy is part of the deal.  In order to achieve the worldwide fame they expect and desire, every Illuminati member must sacrifice their moral fortitude, and sabotage the people to which they had once pledged allegiance.

There should be no grievances between members of the people.  Our struggle should not be against each other, but against the powers which have persecuted us.  Each of us has individually been made the exploited subject of the Illuminati Legion.  When these people inevitably come forward and admit their wrongdoing, they will try their best to ask for forgiveness.  As the victims, we are under no obligation to offer exoneration.  We need neither forgive nor forget.  Moving forward maturely, however, will become necessary.  The sincerity of their recompense will dictate the tone of tomorrow's world.

If you are beginning to understand Dreamtime Code, then you need to keep your eyes open at all times. Everything you once knew must now be reexamined.  Some things may be so revelatory that you may feel silly for not seeing them sooner.  But don't feel bad, because The Code was intended to be missed.  It may be difficult to reconcile that The Code has been affecting your brain for your entire life.  Like any puzzle, Dreamtime Code can be very fun if frustration is suppressed.  Suspend your disbelief, and look for clues.
Email ThisBlogThis!Share to TwitterShare to FacebookShare to Pinterest
Newer Post Older Post Home