Black Sabbath's Paranoid About The Government 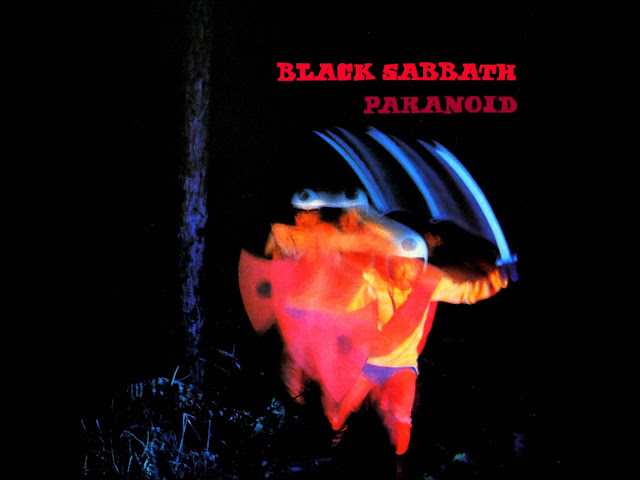 Black Sabbath's Paranoid is among the great accomplishments in Rock music, an 8-song heavy metal exhibition.  Unfortunately for the unsuspecting music fan, it was nonetheless subject to Media-Government censorship, who had to impose their ubiquitous Secret Number-Letter Code upon it.  As you will learn, the majority of the album's song titles very easily follow this code's main "Rule of 3".  As initials, "3" letters, those which contain a multiple of 3 according to their place in the alphabet, are greatly over-used compared to all others.

1. "War Pigs"
W.P. = 23-16
Rule of 3: W and P are both "3" letters because they contain a multiple of 3 according to their place in the alphabet.   Pairing them together strengthens their bond.

5. "Electric Funeral"
E.F. = 5-6
The code prefers to ascend between adjacent letters, in order to imply a correlational relationship between the two.  The hit song "Electric Feel" is the same.

6. "Hand of Doom"
H.D. = 8-4
The code treats "of" not as an O (15), but as a buffer between what lies on either side.  H (8), symbolizing Happiness, Hope, Healing, is "of" D (4), part of it, symbolizing Direction, Duty, Drive.  Every letter and its corresponding number symbolize ideas related to the most important, common words which begin with that letter.

We should also recognize that Black Sabbath follows the "Rule of 3" as B.S. (2-19).  The "3" letter S (19) is strengthened by the catalyst B (2).  Notably, the album's cover also features the image of some sort of future policeman, reflected 3 times.

Paranoid is really the perfect title for this album because its song titles are some of the clearest, most obvious uses of the code.  Maybe someone purchased the vinyl back in 1970, saw the album title, looked at the song names, and wondered what if there was some deeper significance to them.  But, to go any farther, and wonder if there some kind of organized subterfuge happening, would be excessive.  That would be at the level of paranoia, a classifiable medical malady.  In our current age, we chastise those who say that they see things which we don't see ourselves.  Their perception scares us because we can't fathom it.  These close-minded people run to the security of those who agree with their own views, so they can levy praise upon them and themselves.  Really, all new ideas come directly from paranoia, the internal suspicion that something novel has gone unnoticed.

The code is how the Western world has become ultra-liberal, by going to the source of human emotions and changing our mindsets subliminally.  If the code was used in the opposite way, strengthening the right-sided letters, people's conception of existence would be the complete opposite.  We would all jointly object to violent movies, to incessant cursing, to the constant barrage of sexual imagery, the objectification of women, the mockery of the steadfast.  Instead, America exists to tease the ridged traditional religious conservatism of the right-minded.
Email ThisBlogThis!Share to TwitterShare to FacebookShare to Pinterest
Newer Post Older Post Home