The End is Near But Have No Fear 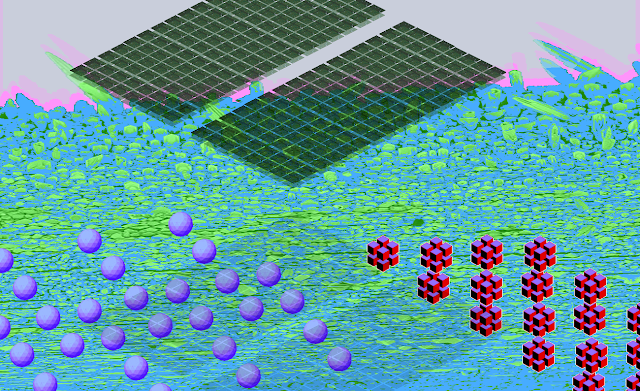 There is a Secret Number-Letter Code embedded throughout all mass media.  In this code, the first letter of every word represents a number according to its place in the alphabet.  For example, Total Infinity would translate to T.I., or 20-9.  The code follows several rules.  The most important is the “Rule of 3", which is the great overuse, as initials, of "3" letters, those which contain a multiple of 3 according to their place in the alphabet: C (3), F (6), I (9), M (13), P (16), S (19), W (23) and Z (26).  These letters are most often the initials of media titles such as Films, Shows, Songs, Albums and Books.  As you can see, they are also combined with letters which obviously work to strengthen them further. A (1), B (2), J (10), L (11), and T (20) are the catalyst group, the letters whose position in the alphabet contains a 0, 1, or 2 only.  The code has several additional rules, but uses of the "Rule of 3" are the most easily seen and deciphered.  For whatever reason, the "Illuminati" have created a world where everything is "3", even including the food you've been eating for your entire life:

Numerology is not a contemporaneous abstraction, or the invention of colluded individuals.  Instead, it is the representation of the timeless truths of the universe.  The great poets and bards of all times were well aware of the beautiful symbolism of numbers and letters. "We Are Seven”, for example, is an influential poem by William Wordsworth. In the poem, a girl states that although 2 of her siblings have died, they are still number 7, not the 5 that still are still living.  Besides that, numbers are used many other times, suggesting Wordsworth was decidedly using numbers as a metaphorical tool.  The word "Two" appears very often, nine times, which is appropriate because the girl’s intention is empowering the 2 whom are deceased.  "Five" appears only once, suggesting the girl does not prefer it, the number of children remaining.  "Eight" appears as the age of the girl, which is appropriate because H (8) is associated with Hope, Heavenly and Happiness.  Their graves are also described as "Twelve steps or more from my mother's door”, implicating an obvious importance upon the number of steps.  Pieces of media which utilize numbers contain much more than they seem superficially.  Modernly released mass media pieces utilize numerology purposefully, while the common individual has been doing so subconsciously for their entire lives.

“We Are Seven” expresses a vital truth about numerological mysticism.  Wordsworth's use of numbers forces symbolism upon them.  In the world of this poem, numbers represent ideas because they are used methodically in a motif as adjectives.  Our world is not different.  Every number has its own symbolism or personality because the common use of language has gradually applied characteristics to them.  Like thousands of poems at once, humanity has made poetry of speaking and writing.  Humans tend to unknowingly turn everything they encounter into a metaphor because of their natural propensity for fantasy.  Many people inexplicably associate the number 7 with God, which coincidentally or not begins with the 7th letter, G.  There is a deep connection between the letters and their corresponding numbers.  Things as mundane as sounds and quantities can express more than they seem.  There must be some truth to this seemingly baseless attribution of character.  Cultures all over the planet associate ideas like personality traits and temperaments with specific numbers.  Inexplicably, there are many general and specific similarities between two culture’s associations of a given number.

Initially, there was just one word.  So, we chose one.  Maybe it was “God”, “Being”, or “Universe”.   Even at our current, advanced stage of human development, “one” is very often associated with “The Creator” because if humanity did have just one word, it would have to represent that idea.  Then, there were two words.  So, we chose two words to represent dualism, probably “Yes” and “No”.  Then, we had three words.  So, maybe we chose “Left”, Right” and “Center”.  Then, we had four words, which were "Up", "Down", "Left" and "Right".  Then five words, "Being", "Doing", "Thinking", "Saying" and "Making".  This continued on and on until now.  Thousands of  words are now in our possession and each was chosen very carefully.  The metaphorical significance of numbers can be attributed to the differences between the characteristics of the words which we might have chosen in our primordial stage of developing language.  The difference between the symbolism of each number is analogous to the difference between the character of the words chosen if all of human existence had to be summarized in that specific number of words.

In August 1963, President John F. Kennedy posed for a photo with leaders of the March on Washington, including Martin Luther King, Jr., who had just that day delivered his landmark speech, "I Have A Dream".  All were smiling in celebration of a day that had been a tremendous victory towards equal civil rights in America.  Surely some, or perhaps many of those men in that picture knew about the grand mass media conspiracy of hidden knowledge.  Idealistic men like these may have been indoctrinated into this conspiracy, and despite their objections to its unfairness, forced to swear an oath never to divulge it publicly.

Martin Luther King, Jr. and John Fitzgerald Kennedy are both excellent examples of how temperament is reflective of initials.  Everyone is familiar with their initials, as they are used colloquially to refer to the men, M.L.K. and J.F.K.  What is not commonly discussed is how three letters represent the special character of these men.  Just saying their initials has become like making a bold statement.  King's name is extraordinary because his initials directly descend the alphabet: M.L.K. (13-12-11).  Basically, every letter and its corresponding number symbolize ideas relating to the most common words beginning with that letter.  M (13) is letter of Man, L (12) is related to Love, and K (11) is related to Over-perfection, as the next step above J (10), Perfection.  It evokes the obdurate, unyielding rigidness which made him one of the greatest heroes we've known.  Kennedy's initials have a similar poignancy.  J.F.K. (10-6-11) contains J (10), the letter of Perfection, F (6), the letter of Fun and then K (11), again the letter of Over-perfection.  In these names, we can see embodied their respective zeal for the peaceful progress of humanity.

We, who are lucky enough to be born, are given a name. We are all created equal.  Then, we are named. Our names become us.  We identify ourselves by what we are called.  Your name is itself a beautiful poem, a basic representation of who you are.  Examining the letters of your name and your initials can teach you about yourself.  By understanding the symbolism intrinsic to every letter, you can learn how your personality has been groomed by your name.  Names are the manifestation of the symbolism and deeper meaning of every letter.  The Grand Unknown Secret is that every movie, album, song, book, and slogan, for the past hundred years, which was made widely popular as part of our culture, was titled according to a letter-number code which utilizes this esoteric knowledge.  The vast majority of mass media pieces utilize  the "Rule of 3", the preponderance of letters which contain a multiple of 3 according to their place in the alphabet.  This code has loomed over the occupants of the past century like an unseen shadow.
Email ThisBlogThis!Share to TwitterShare to FacebookShare to Pinterest
Newer Post Older Post Home