Uncle Sam in His Death Bed 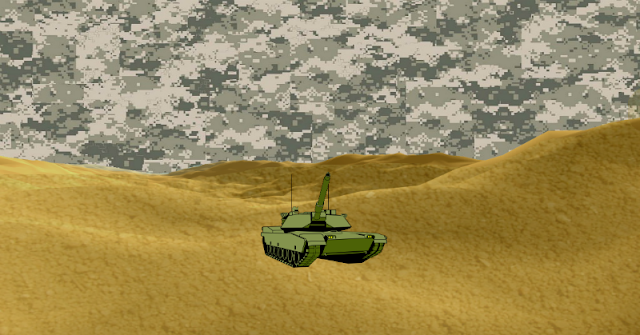 Just who is Uncle Sam, anyway?  He was created as a cartoon character to appease a weary population.  The role of government is not uncle.  No country should have a mascot, and certainly not a jester with a stern face in a top hat.  And stop pointing at me, I don't care if you want me.

The Marine motto "Semper Fidelis" also follows the code's main rule as S.F. (19-6).  Adopted officially in 1883, it may be coincidental.  However, it is not unreasonable to consider that perhaps the timeless language of letters was also employed here.  Of all twenty-six letters, S (19) and F (6) seem appropriate to represent Marines.  Each letter has its own feeling and personality, related to its place in the alphabet as well as the most common, important words which begin with that letter.

"A Global Force For Good" is the Navy's main slogan, and does not follow the "Rule of 3", but instead exhibits an interesting use of vital letters.  A.G.F.F.G. (1-7-6-6-7) is intended as a statement about the relationship between F (6) and G (7), and is notably similar to the year of America's founding, 1776.  As evidenced by the prevalence of the "Rule of 3" in the media, the assertion must be that our current material world is one which values F (6) greater, however the power of G (7) cannot be ignored.

To harness the power of the code, you only need to memorize 26 things.  Everyone knows A (1), B (2), C (3), and D (4), but after that most people have a gap until X (24), Y (25), Z (26).  If you can completely learn this information, everything will come together.  Watching T.V. (20-22), movies, the news and commercials, everything will have a totally deeper significance.  If you allow yourself to suspend disbelief, you will realize that everything in all media outlets follows this code.  And, it's a puzzle game, so it's fun.

People have accused the Illuminati of controlling the Media, the Government, the News, and the Military.  But, until now, there was no way to prove it.  Everyone of us knows, to some degree, that something weird and sinister has been going on for the past century.  People of certain cleverness are more aware, sometimes to their detriment.  Some happy, optimistic people choose to live their lives without recognizing any signs, because they want to see the positive side of the world, and don't assume the worst in people.  The cognitive dissonance created by the Illuminati Alphabet causes less intelligent people to make worse decisions, and goads the smarter into success.  But they aren't all so evil, just impatient, and worried about the future of Earth.  This is their method of accelerating human evolution, by eliminating the psychopaths, and forcing the planet into a tenuous homeostasis, at a brutal speed.

The code exists because it must.  If it didn't, the fallacy that is Planet Earth would not have gotten so far.  Consider all the world progress in the last century.  Every skyscraper you've ever seen was built under the shadow of the Code.  It's impossible to imagine being without it.  Some conspiracy theories have become more prominent recently, but "The Forest For The Trees" (T.F.F.T.T., 20-6-6-20-20) remains concealed.  The Intelligentsia have outsmarted us.  There are reasons to hate them and reasons to thank them for it.  All the wars, planned.  All the peace treaties, planned.  All the expansion, all the decay, all the injustice, all these stages planned, and meant to be gradual.  "The World Is A Stage" (T.W.I.A.S., 20-23-9-1-19).  We've been duped, but it was all part of a master plan, the end goal being a beautiful American utopian paradise.

The Illuminati Alphabet may sound like crazy idea, but that would match the world.  But notice, is there anything mentioned about God, the Devil, Aliens, Reptilians, Ghosts, Angels, Demons, Chem-trails, Weather Control, or the Apocalypse?  No, because The Code is real.  You can see it with your eyes.  The Code is not Kabbalah, Gematria, Bible Code, or Da Vinci Code.  It encompasses all things.  It is ecstatic truth, more simple, easy, obvious, attainable.
Email ThisBlogThis!Share to TwitterShare to FacebookShare to Pinterest
Newer Post Older Post Home