Alcohol Is Killing the Spiritual Revolution 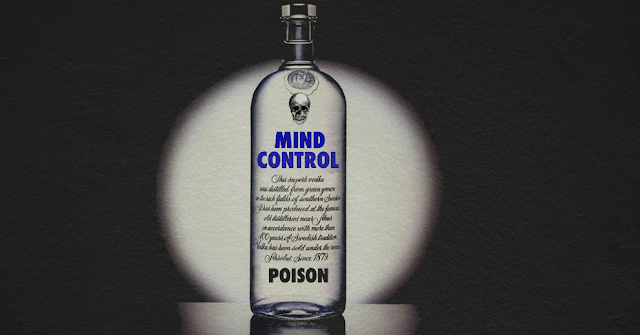 Alcohol is so intrinsic to Western culture that the word “drinking” has come to colloquially mean drinking alcohol, not just any beverage.  Many consume it as part of their lifestyle, be that with friends, family, or alone.  We tell ourselves it’s a necessity, a diversion or a luxury.  The average individual avoids thinking of their life without it.  Some, who have been so engrossed by it, think of nothing else.  Only a small contingent of Westerners still show steady contempt for it.  Seemingly no one wants to consider a world without alcohol.  It seems like such an unattainable goal that it’s like contemplating something infinitely far away, a task perfect in its impossibility.

That world, in which alcohol exists but is not consumed, could be so many things.  Perhaps, it would be a paradise.  Humanity makes the positive decision to abstain, and not distracted by the vice which it invites, allows itself to do all the good works we’ve avoided.  Alternatively, it might be a wasteland, full of angrily frustrated people with no way to stoke the side of them which demands inebriation.  Much of the Middle East consumes no alcohol, and although they have undoubtably reaped some benefits as a result, such as clarity of mind, that part of the world certainly has its problems as well, perhaps directly as a result.  Whether these problems are greater, lesser or equal to that those of the West cannot be ascertained with assuredness.  The West has been swimming in a churning tide of alcohol since its modern inception.  Our minds, our demeanors, our thoughts, behaviors and actions are immutably tied to it, led by it.  The supporters of Western culture like to think that their way is better, but it is just different, the other extreme.  All of humanity has tendencies that need to be smothered.  American culture allowed every individual full freedom to express themselves, and some used that maturely, enjoying themselves while also living fruitful lives.  Others proved through their recklessness that some are in need of more guidance and direction.  In countries where temperance is law, none have been given that opportunity.  Though surely some deserve it, others would surely drown themselves in an inhumane ecstasy of indulgence.  Just by looking at the countless lives destroyed by abuse, one can see that alcohol doesn’t makes the world a better place.  Although many would say their lives have been more greatly enjoyed because of it, though they can't say for sure what their life without it may have been.

Images of alcohol consumption are everywhere, and all of our worldly conceptions are informed by what is around us.  Things people say to us, we are likely to repeat.  Actions we see performed, we are likely to imitate.  The mass media influences us more than any individual we might hear or see.  It harnesses the influential force of a thousand men, all doing the same thing simultaneously.  It is hard to fault anyone for emulating the version of reality they see projected upon them.  Each of us does what we think society expects of us.  Art is supposed to imitate life, but if all of humanity's artistic creations were controlled and directed in a certain way, life would invariably become the imitation of art.  The mass media is just that, a single connected entity.  To distract the viewer from seeing its cohesive wholeness, different sectors of it present contrasting versions of reality.  The total public conception of alcohol has been exactly refined through generations of expertly tailored propaganda.

It’s known that alcohol softens the mind to suggestion.  It mitigates our faculties and opens us to outsider influence.  We’ve been told that it loosens our inhibitions, and we drink it to achieve a more personable temperament.  We’ve been told that we lack the courage to be our true selves, and we’ve been prescribed alcohol for that.  The mass media exists to steer public opinion, to affect the minds of the people, to make them think and live a certain way.  Excessive alcohol consumption has been systematically normalized by the mass media in order to numb our fortitude and ease our conditioning.  To control one’s mind should be a consummate goal.  To control another’s is an evil of the worst kind.

The perpetrators of these deeds, the authors of the mass media, the Illuminati, have stopped at nothing as part of their quest to control every minute aspect of our being.  Drowning our sensibilities in alcohol wasn’t enough.  Scaring off our innocence with violence wasn’t enough.  Filling our pure bodies with poisonous food wasn’t enough.  Altering our brains with needless prescription drugs wasn’t enough.  All of these dastardly, heinous acts upon us were still not enough to stifle the strength of the people.  All of these things, and they still needed a secret code, embedded across all of mass media, to keep us down.  Without this code affecting us subconsciously, since the conception of the mass media so many decades ago, they would not have been able to inflict all these crimes against humanity.

The Code can be summarized simply, as the overuse of certain letters compared to others, those which contain a multiple of 3 according to their place in the alphabet.  That means that C (3), F (6), I (9), M (13) , P (16), S (19), W (23), and Z (26) are the initials of the vast majority of all titles.  This “3” group of letters is also used in combination with letters which further strengthen its dominance, A (1), B (2), J (10), K (11) and T (20).  Everything under Illuminati control, including films, television, music, videogames, magazines, sports, slogans, use this form, the “Rule of 3”.  The code is veiled throughout the entirety of the world, unseen.  Because it has not been recognized by the general public, our sensibilities are numbed to the point of drunkedness.  The world’s most prevalent alcohol brands are all Illuminati entities, and employ the code thusly:

Captain Morgan
This brand is a good simple example of the “Rule of 3”.  Its initials are C.M., which translates to 3-13 according to each letter's place in the alphabet.  Both are “3” letters because they contain a multiple of 3 according to their place in alphabet.

Molson Canadian
This brand is the same initials reversed, which follows the “Rule of 3” in the same way.  All worldwide brand names are chosen with extreme intent.

Johnny Walker
This brand name also follow the “Rule of 3”.  W (23) is a “3” letter which strengthened by the catalyst J (10), which one can easily understand symbolizes perfection.

Bombay Sapphire
These initials are extremely common in the media and even used as a pejorative slang term worldwide, a decision of the ruling class which teaches us language.  The pairing B.S. (2-19) follows the “Rule of 3” as the combination of “3” letter S (19) and catalyst B (2).

Samuel Adams
It is no coincidence that this brand name has the same initials.  It's not among America’s most popular beer brands because of the historical figure of the same name, but because his initials follow the “Rule of 3”.

Budweiser
Although presented as a single word, America’s most prominent beer brand nonetheless suggests two initials, B.W. (2-23).  The “3” letter W (23) is strengthened through combination with the primary letter B (2).  The word “weiser” is actually German for “wise”.  Regardless of the supposed origins of this brand name, the subliminal implication that drinking alcohol grants wisdom is horrendous in its irony.

Makers Mark
In the mass media, alliterations (the same letter repeated) are almost always “3” letters.  M (13) repeated strengthens it and follows the "Rule of 3".

Jose Cuervo
The pairing J.C. (10-3) is extremely common in the mass media, often used as the name of fictional characters, an allusion to Jesus Christ.  It also follows the "Rule of 3" as the combination of catalyst J (10) and "3" letter C (3).

Dos Equis
Obviously, not every extant brand can follow the "Rule of 3", or it would become too obvious and noticed.  Every product name is meant to reflect itself in its initials, so although it makes sense that many utilize the code's main tenet, others use it differently.  This brand in Spanish means "two x's".  Any inclusion of letters, English or otherwise, in product names is a tactic which the authors of the code use to trivialize its existence.

Bud Light
This title may seem reasonable, as the low calorie version of Budweiser, but exhibits an interesting use of the code corollary to the main "Rule of 3".  When possible, letters can divide, creating a ratio.  The pairing B.L. (2-12) is extremely common in the mass media because it simplifies to 1-6, which strengthens F (6), a central goal of the code.

Labatt Blue
This brand name uses the same initials in reverse.  The pairing L.B. (12-2) simplifies to 6-1, which also strengthens F (6).

Chivas Regal
That there are two prominent liquors of similar sounding names, of the same initials, is a tactic meant to trivialize the public's recognition of the code.  This brand strengthens 6 in the same way.

The Famous Grouse
This odd brand name employs the eminent F.G. (6-7) pairing, extremely common in the mass media because it strengthens the public conception of F (6) compared to G (7).  The pairing G.F. (7-6) is barely visible at all because at this time the authors of the code intend F (6), and the ideas which it represents, to be the more dominant of the two.

Jack Daniels
Among America's most prominent whiskeys, J.D. (10-4) does not contain any "3" letters, but consists of two catalysts, J (10) and D (4).  The media want the public to think of alcohol as energizing, despite it being a depressant, so a brand name consisting of two catalysts is appropriate.

The American Natives consumed no alcohol before European conquerers introduced them to it.  Because they had no genetically developed tolerance for it, abuse quickly became common.  We, as a worldwide culture, have come to show disdain for those who can't handle the ingestion of alcohol.  The fatalities it has caused are subconsciously seen as righteous by those more capable of stomaching it.  Rather than supporting the development of those who are physiologically adverse to alcohol, we have taken to weeding them out of society, letting this fall by the wayside, and calling it fair because of their lack of conceived strength.  The world is now full of humans who can handle their liquor, rather than those who'd be better off not imbibing.

The Code is another spirituous mixture which we've been swimming in our entire lives.  Our world could have been just a regular world, devoid of sabotage and exist without complications.  Instead, it was anything but normal, more weird than we could have ever expected.  The people who've survived the last century are those who were able to stay afloat amidst the sea of letters and numbers attempting to drown them.  If it wasn't for The Code, an entirely different segment of population would be walking the world right now, for better or for worse.
Email ThisBlogThis!Share to TwitterShare to FacebookShare to Pinterest
Newer Post Older Post Home