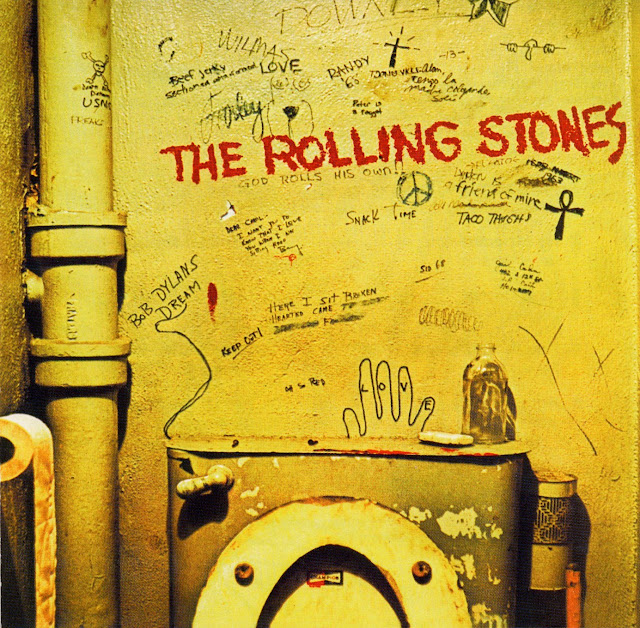 If a stranger came to you and offered to tell you the biggest, most important secret on the planet, what would you expect it to be?  Something very specific, or something esoteric?  Well, for better or for worse, Earth's big secret is something which is hard to master, but easy to learn.  The revelation is that the initials of the majority of all mass media titles released during the entire last century follow a simple letter-number code.  The "Rule of 3" states that letters which contain a multiple of 3 according to their place in the alphabet are vastly over-used compared to all others, which strengthens the public conception of the ideas which these letters and their corresponding numbers represent.  That means C (3), F (6), I (9), M (13), P (16), S (19), W (23) and Z (26) are consistently used as the initials of most media titles, such as films, shows, bands, songs and slogans.  By examining The Rolling Stones album Beggars Banquet, we can see how this idea works.

2.  "No Expectations"
N.E. = 14-5
N.E.  follows the code because both of these letters are not part of the "3" group, but the opposing side, consisting of the rest of the alphabet besides the "3" group and catalysts.  Like the television show Northern Exposure, this piece of media represents the symbolism of these two right-sided letters.

4.  "Parachute Woman"
P.W. = 16-23
Rule of 3: P and W are both "3" letters because they contain a multiple of 3 according to their place in the alphabet.  Combining letters of this group implies their strength.

The pairing F.G. (6-7) is extremely common in the mass media.  The code applies greater strength to the 6th letter than the 7th, so it goes first.

"Jumping Jack Flash"
J.J.F. =  10-10-6
Additionally, one of The Rolling Stone's most recognizable songs was released around the same time as Beggars Banquet, but wasn't included on any album.  The "Rule of 3", yet again: The vital 6th letter F is strengthened through combination with J (10).

The Rolling Stones
T.R.S. = 20-18-19
Everything should be analyzed in reference to the code.  T.R. (20-18) is common in the mass media because S (19) which falls in between is strengthened.  R.S. is also a very common pairing because the code almost always prefers to ascend between adjacent letters.  T.R.S. is an assertion about the relationship between these three contiguous letters.  The statement is that S is the victor of the group.

Additionally, the original Beggars Banquet album cover included the initials R.S.V.P. prominently.  The effect of these letters in smaller print is the trivialization of the importance which each individual member of the alphabet possesses.  This secret code has  powered world progress for the past hundred years.   Soon, the people will finally know the whole truth.
Email ThisBlogThis!Share to TwitterShare to FacebookShare to Pinterest
Newer Post Older Post Home