Crop Circles & Other Messages From Space 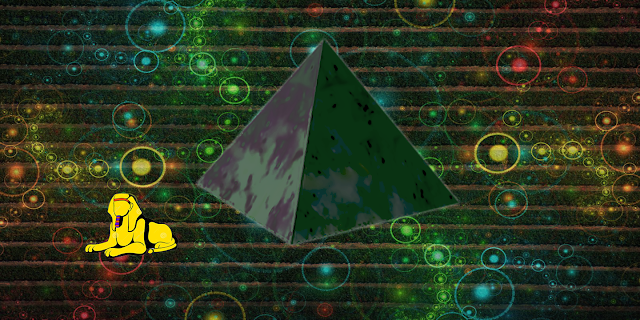 It is unacceptable for the unknown to persist without unceasing investigation.  Although our world continues to succeed in solving scientific and historical mysteries, the holes in the storyline of our humanity perhaps discredit it entirely.  Perennially, discoveries are made that disprove ideas previously treated as fact.  In every field of research, years have been wasted utilizing incorrect assumptions, rather than attempting to show these to be faulty.  Modern physics, for example, operates in a universe where the majority of mass is unexplained "dark" matter.  The world's best minds are looking for solutions, however they are paradoxically using a system of mathematics to make discoveries which may later refute the very system which they are using.  The easier and simpler solution is to ignore any discrepancies or cognitive dissonances.  Rather than attempting to alter the definition of a system which is clearly incomplete and imperfect, unsolved problems are basically seen as the universe's mistakes, exceptions to the rules established by the sophomoric man.

Crop-circles, the formation of complex shapes and patterns in farm fields around the world, have existed as an unexplained  phenomenon for such a period of time that the only recourse for the human mind in avoidance of frustration has been ignoring them.  Visible and physical, there is nothing outlandishly unbelievable about their existence.  Because their preponderance cannot reasonably be explained, or even hypothesized, they are not studied by individuals closer to center than the fringe.  Crop-circles and similar ideas are laughed at and maligned because they cannot be explained.

The Nazca Lines are massive, ancient geoglyphs located in Peru which are indeed studied by accredited members of academia, archaeologists and anthropologists.  Although their origin is unknown, their appearance did not seemingly necessitate the involvement of something outside our everyday expectations of human capabilities.  Crop circles are ignored by the average person because their almost instant appearance is basically an impossibility without paranormal interference.  Ironically, if something like the Nazca Lines appeared overnight, they would be ignored by the mainstream, not because they cannot be explained, but because they cannot be explained without the acceptance of supernatural powers.

The existence of the International Mass Media Alphabet Code can force oneself to reassess their understanding of the world, however it does not require reassessment of their understanding of the nature of reality.  Visible and quantifiable, it may initially seem implausible, however it is certainly not physically or logistically impossible.  A secret code is hidden throughout the entire centrally controlled global mass media.  It's everywhere, including all mainstream books, magazines, television, slogans, videogames, stores and products.  It is a simplex, yet complex puzzle which after going unnoticed for so long demands further exploration.  Among the reason why the Code exists is relaying a message.

Barton Fink (1991)
B.F. (2-6) is also extremely common (Bizarre Foods, Born Free).  The Coen brothers really know how to title films, no nonsense.  The "3" letter is strengthened through combination with catalyst B (2).

The Hudsucker Proxy (1994)
This is one of the many instances where a silly sounding title is meant to distract away from its real meaning.  H.P. (8-16), like the computer company and Harry Potter, is extremely common in the global mass media because P / (H + P) = 16 / 24 = .666, commonly referred to as the "Number of the Beast".  Not every title follows the "Rule of 3", but every title uses the code in some way.

True Grit (2010)
The above examples are easy because they mostly fit the main "3" rule of the code.  True Grit, conversely, moves to 20-7, thereby strengthening the 7th letter G.  As is always the case, a film reflects the symbolism of its title's initials.  It is extremely important, however, to recognize that, as just two four-letter words, this title is more accurately deciphered as T.R.U.E.G.R.I.T. (20-18-21-5-7-18-9-20).  The film then reflects the symbolism of these eight letters in conjunction. In the case of short titles, the complexity of the code expands from just initials to each letter.

The code is like a massive web strewn atop the world, an unseen force working to project an energy and illicit responses from those it accosts.  Like crop circles or the Nazca lines, the code is a beauteous form of unknown origins.  Although their intended messages may be obtuse or lost, each exhibits an elegant, profound and timeless beauty. Unfortunately, the world refuses to pay attention, because the code's existence interferes with people's expert avoidance of ideas which shatter their previous conceptions.

Among man's greatest maladies is his magnanimous assertion that, although he was once horribly wrong, misinformed and misguided, he is now better, self-corrected and reaffirmed.  Apologetic for the idiocy of his ancestors, as if critical of one's previous actions, he also takes credit for ushering in the current, more informed era.  Contemporary man should be assured that future man will find extensive contentions with our current thinking and behavior.  Every day around the world, children are taken from their homes by governments whom insist have the right to determine which living conditions are tolerable and which are intolerable.  When a line of division can be drawn anywhere, it should not be drawn at all.  In a hundred years, the average person may look back on the current century and feel disgust for the unacceptable living conditions of their average middle-class ancestors.  Man's hubris tells him to attempt to impose upon the world his own impression of God's truth, not considering that his impression is surely at least partially incorrect.
Email ThisBlogThis!Share to TwitterShare to FacebookShare to Pinterest
Newer Post Older Post Home